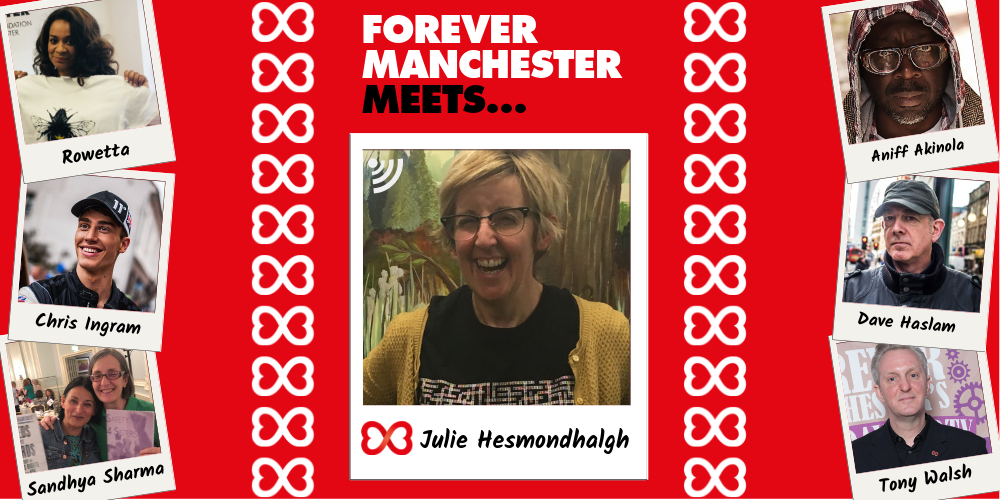 Here we catch up with actress Julie Hesmondhalgh to chat candidly about her life as an actress including 15 years as the first transgender character Hayley Cropper who tackled everything from gender recognition and picking knickers to pancreatic cancer and assisted suicide in Coronation Street.

Julie also shares her memories of amazing teachers and drama schools, building a theatre in a basement, being a street cleaner and receiving the Freedom of Accrington & Hyndburn.

Julie is about to perform Mother Courage at Manchester’s Royal Exchange Theatre and has a new book titled ‘Julie Hesmondhalgh – A Working Diary’.

Listen and subscribe on iTunes or Spotify for a full list of all episodes of Forever Manchester Meets.