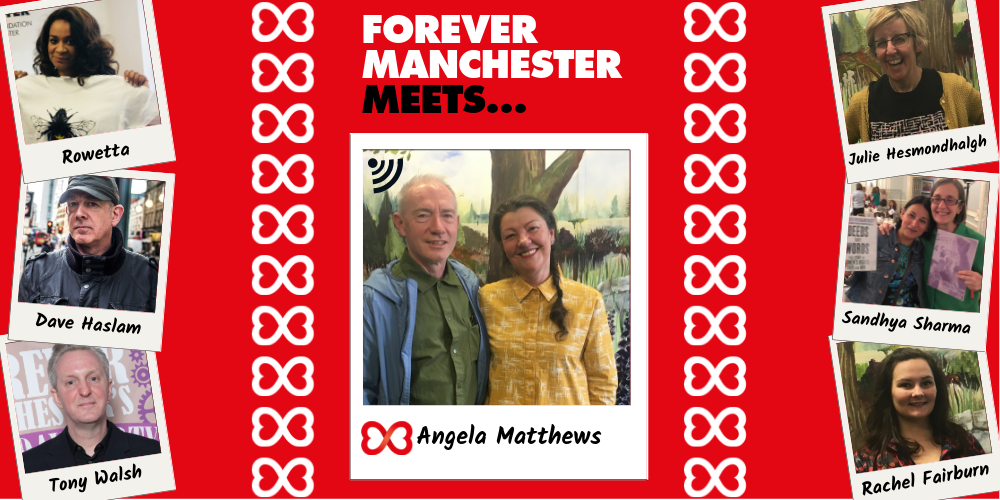 This episode features a candid chat with Angela Matthews!

Angela was born and raised in Rhyl, North Wales and found herself obsessed with music from an early age.

This led to forays to ‘Eric’s’ in Liverpool and then onto Manchester to follow New Order, The Buzzcocks, Magazine and all her favourite bands while taking a degree at MMU.

The first person Angela spoke to upon arriving in Manchester was Johhny Marr and the eventual realisation that she didn’t want a ‘proper’ job as such.

Angela went to see Elliot Rashman, who, at the time, was not only ‘Entertainments Officer’ at the Met but managed an unknown Manchester band called Simply Red.

Angela went onto gain an invaluable experience of running every aspect of a nightclub and putting on gigs before going on to work at Manchester’s legendary Boardwalk and becoming manageress of the world famous Hacienda nightclub.