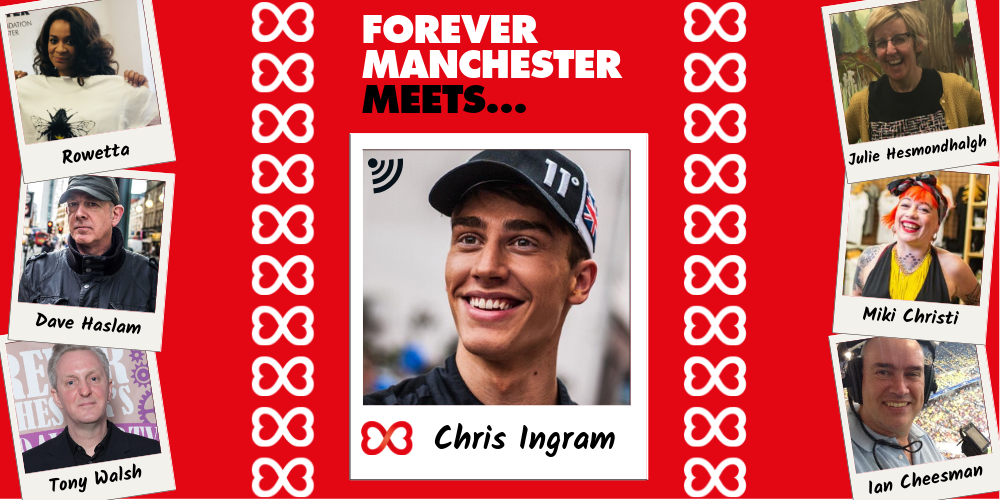 Here we catch up with professional rally driver and one of Forever Manchester’s youngest ambassadors Chris Ingram who chats candidly about his ambition to become a recognised champion and the challenges he faces chasing his dream.

After two seasons with Peugeot he signed with Opel Motorsport winning the FIA ERC 3 Title and scoring five-consecutive podiums. In 2017 Chris won the FIA Junior Rally Championship title and as an ambassador Chris is very keen to help Forever Manchester continue to drive forward.

You can listen and subscribe to this podcast on iTunes or Spotify where you can also check out all the Forever Manchester Meets episodes.