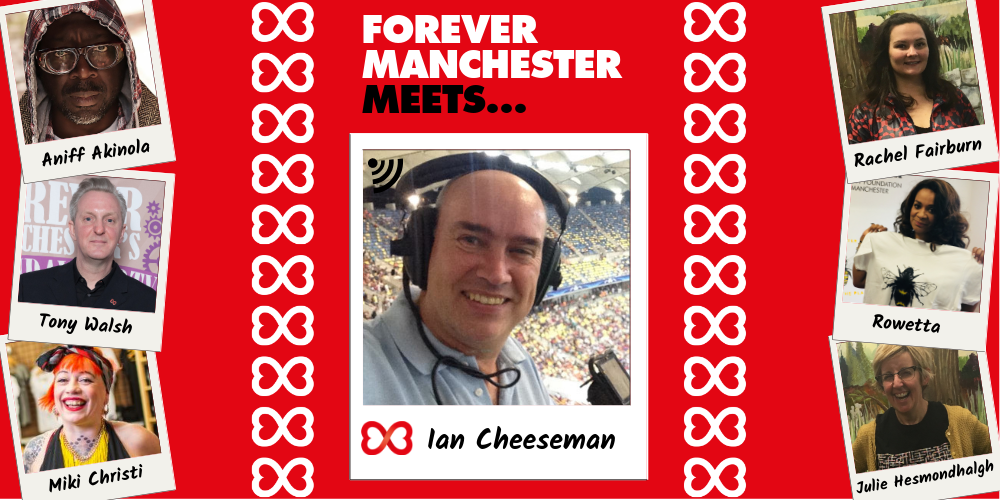 Listen to our fascinating interview with the former BBC Reporter, Ian Cheeseman.

Ian is a broadcaster, commentator and author who is well known to Manchester City fans as a passionate fan and specialist reporter on all things City!

He spent more than 20 years at the BBC as their dedicated Manchester City reporter and was also once the club’s official stadium announcer and official club commentator.

In this frank and candid two part interview, Forever Manchester chats to Ian about his early years and we uncover his childhood dream of being a Manchester City football commentator and a journey that included a life changing interview with Barry Manilow and the forming of a strong and loyal friendship with Colin Bell.