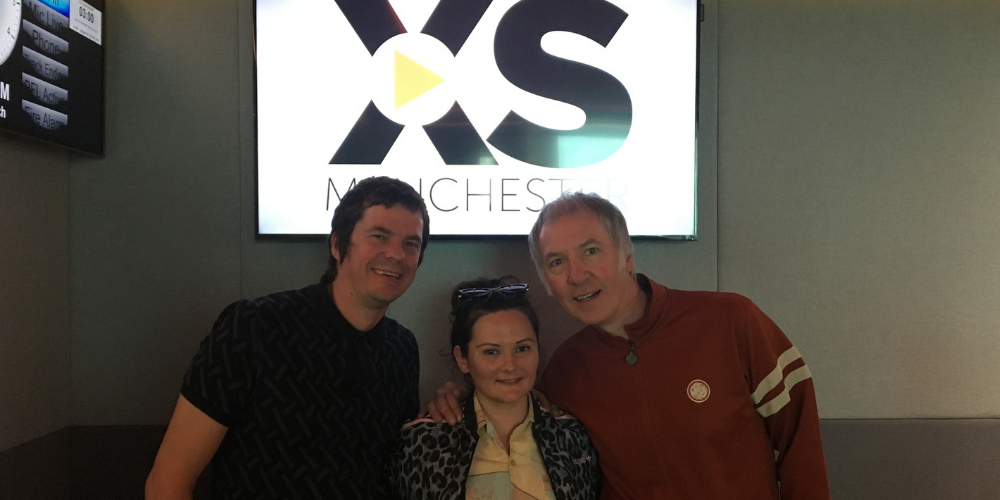 As well as airing our 10 second and 60 second adverts, XS Manchester will also be working closely with Forever Manchester to help promote our fundraising activities and showcase the work we do in communities across the area.

Listen to the 60 second advert here >>

The radio adverts which will be played every day on XS Manchester take the form of a poem, with upcoming local comedian Rachel Fairburn providing the voice over.

Rachel (pictured above with Forever Manchester’s Paul Haworth and XS Manchester’s Clint Boon) was brought up in Harpurhey, North Manchester and was one of the comedians that performed at Forever Manchester’s charity comedy night in November 2018.  Rachel is also co-host of the huge podcast ‘All Killa, No Filla’ , creating a massive cult following with fellow comedian, Kiri Pritchard-McLean.

To assist in the launch of the partnership, XS Manchester DJ Clint Boon invited Paul Haworth, Forever Manchester’s Director of Brand and Strategy, to submit his ‘MyXS’ playlist of top tunes which featured on XS Manchester between 2pm and 3pm on Friday 12th April, prior to Clint Boon’s #ThatsGoodInnit Drive show.