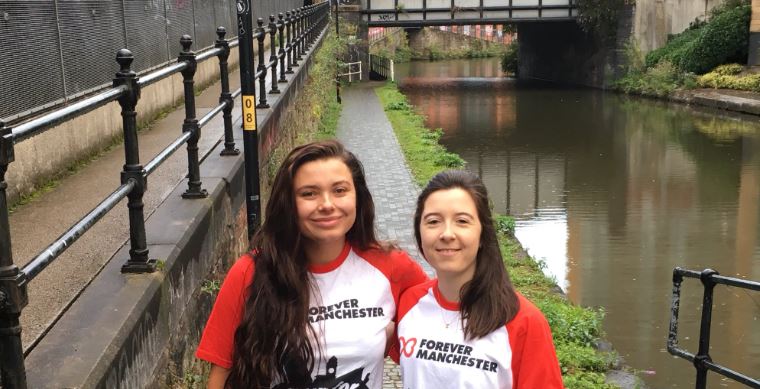 The team were lead by Forever Manchester Ambassador Duane Cormell, who had the longest walk. He clocked an impressive 16 miles.

Their efforts have been rewarded as the six staff members have currently raised an impressive £270, they are still looking for further donations to help this total. Donate now.

Katherine Memery, Realm Digital Marketing Executive, said: “We finally made it into the office just after 10.30am – I’ll never complain about my 40-min tram ride again – I was exhausted!”

They updated a blog on their website which shows the unique routes taken by the staff involved.

A massive thank you to all those who took part, all money raised will come to Forever Manchester to help us fund and support community activity across Greater Manchester.

Today team @realmrecruit are walking to work to raise money for @4EVERManchester – some pics from my morning so far… https://t.co/pFD6Q7e1PH pic.twitter.com/VK3loEZksq

Beautiful in Castlefield this morning for our Walk to Work for @4EVERManchester. 8 miles to go! pic.twitter.com/DHKSIZthqY