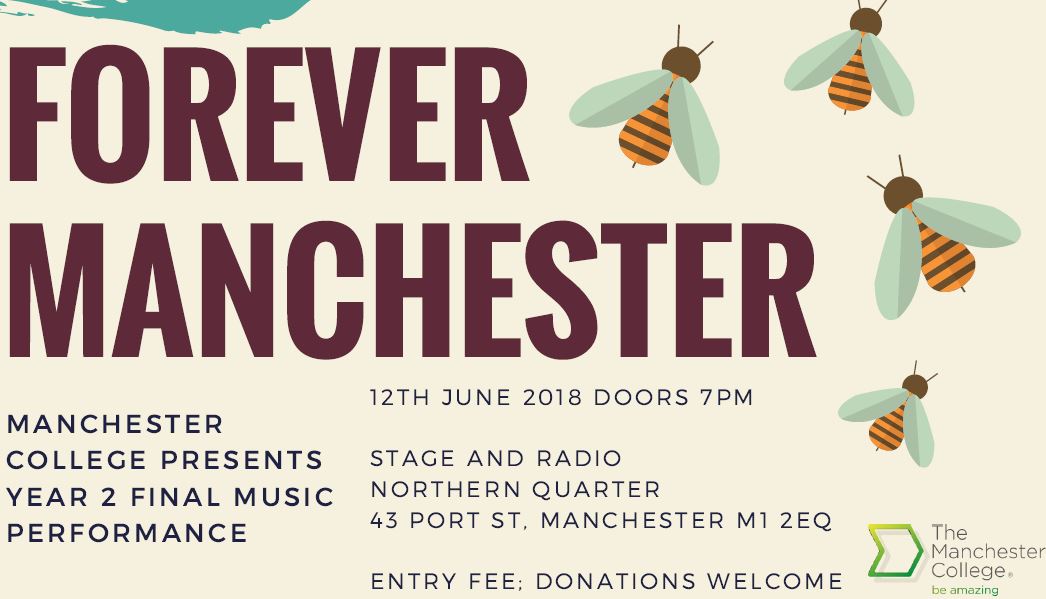 Forever Manchester have been chosen to benefit from a free gig organised by a group of 2nd year, level 3 music performers from The Manchester College.

The students, aged between 16 and 18, from the Sheena Simon campus will be performing as their studies near an end and we are delighted they have chosen to help Forever Manchester to fund and support community activity across Greater Manchester.

The gig is being held at the Northern Quarter’s Stage and Radio on Tuesday 12th June and will see a number of bands and musical styles ranging from rock and roll, rap, hip hop, pop to reggae and more.

A number of the students have aspirations of careers in music so attendees could be seeing some stars of the future.

We’d like to wish the students the very best of luck with the event and thanks for supporting Forever Manchester.