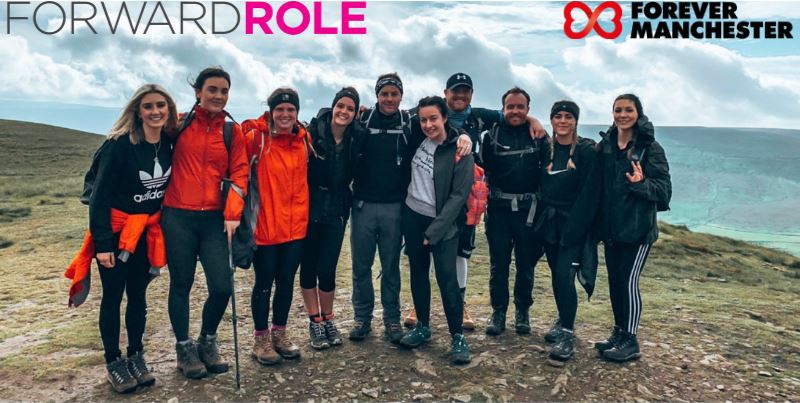 After taking on a Tough Mudder challenge last year, the gang at Forward Role decided on 24.5 miles of beautiful scenery this year by taking on the Yorkshire Three Peaks Challenge!

On Saturday 15th June 2019, Ten Forward Rollers took on the gruelling 12hour challenge and set themselves a fundraising target of £1000 to support the work of Forever Manchester.

As part of their preparations the team took on the mini challenges of Jumbles, Arthurs Seat and Ingleborough as practice walks. Some also took on the Manchester 10K as they got ready for the challenge of climbing Yorkshires Three Peaks of Pen-y-Ghent, Whernside and Ingleborough.

Apparently, throbbing calves, backache and weak thighs come as part of the package if you want to reach your peaks and, once again, the Forward Rollers put themselves through it because of their support of Forever Manchester and wanting to raise as much as possible to benefit local communities across Greater Manchester.

On Saturday 15th June, armed with lots of essentials and tons of team spirit, they took on their biggest challenge yet with the end goal of raising £1,000 plus a well-earned pub dinner and celebratory drink.

At the time of writing, they have raised £1,138 which is fantastic news. Forever Manchester would like to say well done and thank you to everyone involved for making such a brilliant effort and for going the extra mile.

There’s still time to show your support, you can donate here.

Has this inspired you to get involved with your own fundraising activity? Download our Fundraising Guide.