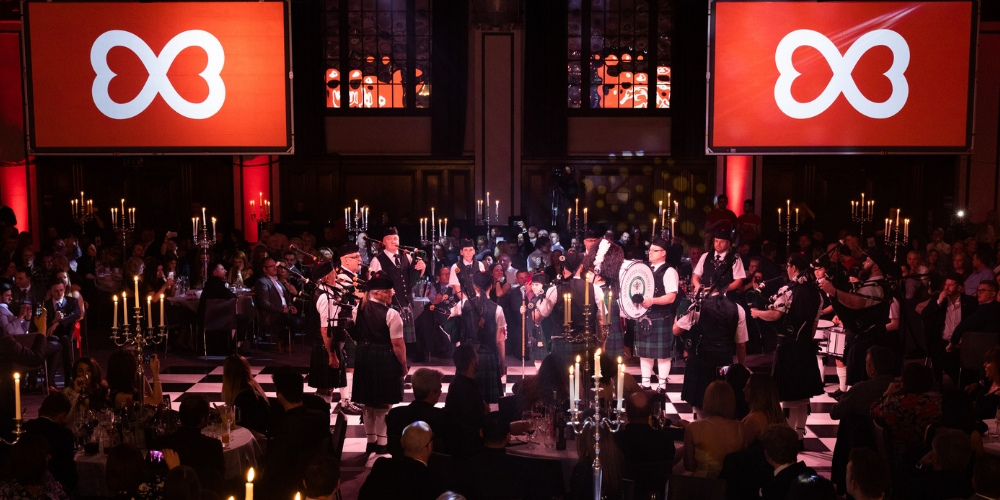 An amazing night was had by all at Forever Manchester’s 2019 Birthday Party, with £70,022 raised for communities throughout Greater Manchester.

Over 435 passionate and dedicated supporters came together at the Principal Manchester to celebrate another fantastic year of Forever Manchester helping local people doing extraordinary things in their local communities. We would like to say a massive thank you to everyone that contributed to a truly entertaining and inspirational night.

The finale performance of the night was an incredible set from the legendary Denise Johnson including a stunning version of Oasis’ ‘Live Forever’ and – to round things off – DJ Dave Haslam played some classic tunes to get everyone on the dancefloor.

During the evening, the audience were treated to the first public screening of a short film we’ve produced which reflects Forever Manchester’ work in the communities. The film’s soundtrack is The Courteeners iconic tune ’Take over the World’ and features men, women and children from a wide range of community groups throughout Greater Manchester:

Part of the Birthday Party was to acknowledge the impressive achievements from local community groups as well as the efforts and contributions by local businesses who support Forever Manchester. So huge congratulations to our deserved award winners:

Our Forever Manchester Birthday Party wouldn’t have been such a success without the support from sponsors, so a massive thank you to Express Solicitors, Bardsley Construction, DCB Group, Auto Trader, CarFinance 247, Seventy7, Manchester Building Society, Kyocera, MID Communications, Beever & Struthers and CDL

Thanks too to all the volunteers who gave up their time to help out at The Birthday Party and to everyone that took part in the Captain Manchester’s Magical Tombola and who bid on the auction!

Click the links below to see pictures from the night.