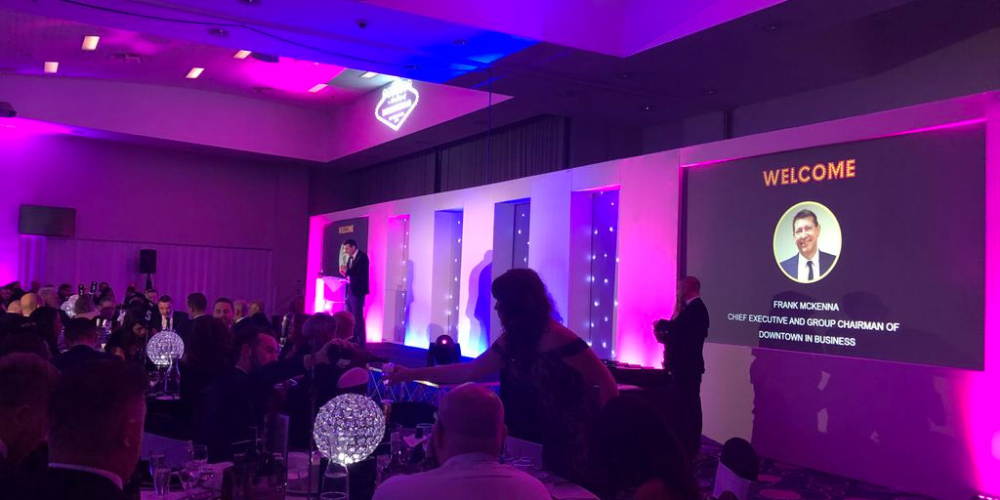 Forever Manchester was delighted to benefit from a £600 donation following a collection at the ninth annual City of Manchester Business Awards Gala Dinner at the fabulous Lowry Hotel on Thursday 19th September 2019 hosted by Downtown in Business.

The Gala Dinner attracted more than 200 of the city’s leading business personalities who came together to enjoy an evening of celebrating the best of the Manchester Business community.

Commenting on the #COMBA19 awards, Downtown CEO Frank McKenna said: “Once again it was a fantastic evening showcasing the very best of the business community in Manchester.”

Downtown In Business are proud supporters of Forever Manchester and have earned a reputation as one of the most influential, effective business organisations in the North of England and the West Midlands. Brokering connections and deals, shaping public sector agendas, organising the best attended events in the region, hosting high profile gala dinners and attracting prominent speakers from the worlds of commerce and politics.

Forever Manchester would like to thank the team at Downtown in Business for their support and everyone who contributed to the collection on the night.