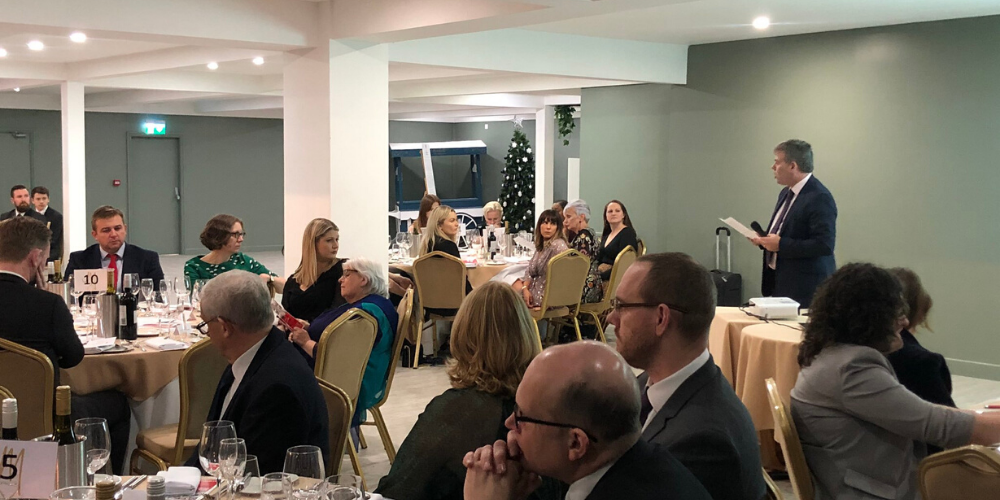 9 St. John Street Chambers celebrated a decade of the Nine Lives Community Fund on Thursday 21st November at Manchester Hall with over 100 guests.

The evening celebrated the success and impact of the Nine Lives Community Fund established with Forever Manchester over 10 years ago.

During that time almost £110,000 has been raised by donations and fundraising from barristers and staff at 9 St. John Street Chambers to fund and support community activity across Greater Manchester and continues to thrive.

Head of Chambers, Christopher Kennedy QC welcomed guests and explained the history of the fund and the importance for chambers to support local charities.

The final speech came from Nick Massey, Chief Executive of Forever Manchester explaining the impact of continuing to support community activity and its impact on individuals, groups and the wider community.

Over £1000 was raised on the night for Forever Manchester, a huge thank you to everyone who contributed.