For Ghoulish Goings On 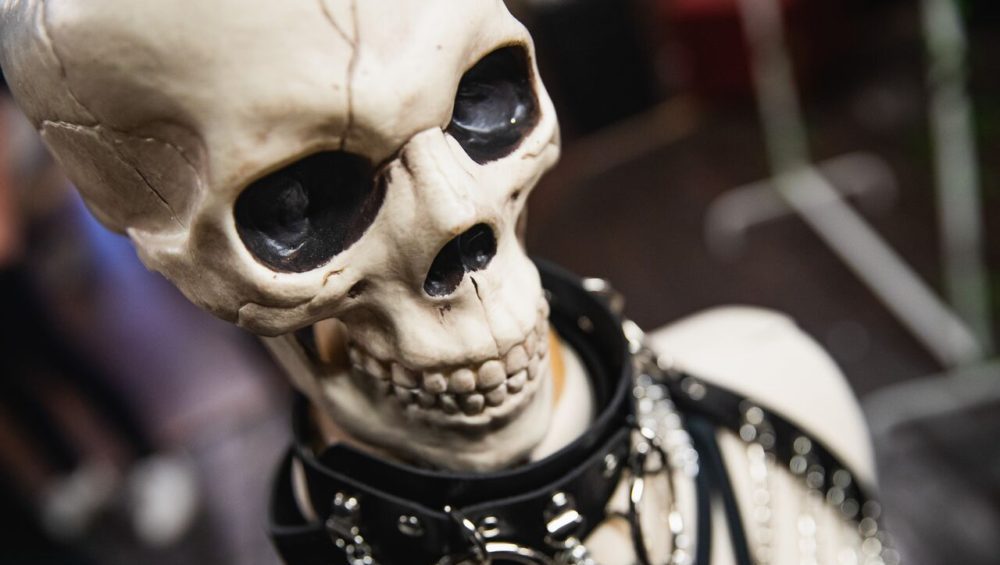 A group of local personalities are all set to face the dark and depraved ghosts of Manchester on All Hallows’ Eve to help raise money for Forever Manchester.

The brave ghost hunters will gather in the heart of Manchester institution, Afflecks, one of the city’s best loved buildings, on Wednesday  31st October to expose the dastardly goings on of Manchester’s undead whilst simultaneously raising cash for us. Their only way out is to get friends and family to pledge as much cash as they can!

Depending on how much money is in each competitors’ JustGiving account – they will either be released, whisked off and given a stiff drink to calm their fears, or they will be locked up for even longer until the last man or woman standing is alone in the building to face the spirits alone! #ForGooseBumps

Guiding the group on their perilous ghost-busting journey will be resident ghost hunter Stuart Marshall, working to find out exactly what is behind the unexplained paranormal activity that has been reported at Afflecks over the years – a building that’s steeped in history and famed for being a ‘one stop shop’ for all Halloween requirements.

The contestants will be locked inside the top floor of Afflecks after the store is in some behind the store’s secret passage ways and storage areas. They’ll be taken on a tour of some of these spooky spaces, never seen before by the public and then down through the building to the sites where various ghostly goings on have been reported over the years!

Tony Martin, General Manager at Afflecks commented: “We’re all excited to see what happens during the Lock Down! There’s been plenty of spooky happenings over the years, so who knows what the ghost buster will find!”

Ghostbuster Stuart has spent years searching for evidence of ghosts, spirits and other entities. Last year, he conducted the Lockdown underneath Barton Arcade, in Old Granada Studios (and the year before in The Corn Exchange) – giving him plenty of experience of Manchester spectres!

Find out who will be entering the Lockdown and helping to raise money to help us support Happy Days Greater Manchester.

Steve is an actor, writer and former stand up comedian, originally known for his part as Alan, the keyboard playing half of Les Alanos in ‘Peter Kay’s Phoenix Nights’. He has more recently been keeping us entertained as Billy Dawson in the final series of Benidorm, and getting drunk with Julie Walters in Paddington The Movie.

Sam is a beauty guru, with her own salon in Media City. She also works on Gaydio and BBC Radio Manchester.

Born in Bakewell, she now lives in Blackley. She loves Manchester for it’s diversity and needs you to donate and rescue her now!

DJ,  promoter, writer, blogger, marketing wizz, mouth about town and generally a not bad chap who lives with his dog Rassie!

Chloe is businesswoman , Model and blogger . She says “ I spend so much time in Manchester and find it a place with such a positive vibe, so multicultural and so much happening all the time . I’m so happy to get involved and try make a little difference . :

Rhian tells us: “I have travelled the world and still can’t bring myself to move out of the best city in the world. Manchester.I love everything about Manchester but the weather. The nightlife, the dining scene, the people. Manchester folk are by far some of the friendliest people I have ever come across.”

Mollie recently joined Coronation Street and is now looking forward to investigating the ghostly goings on at Afflecks.