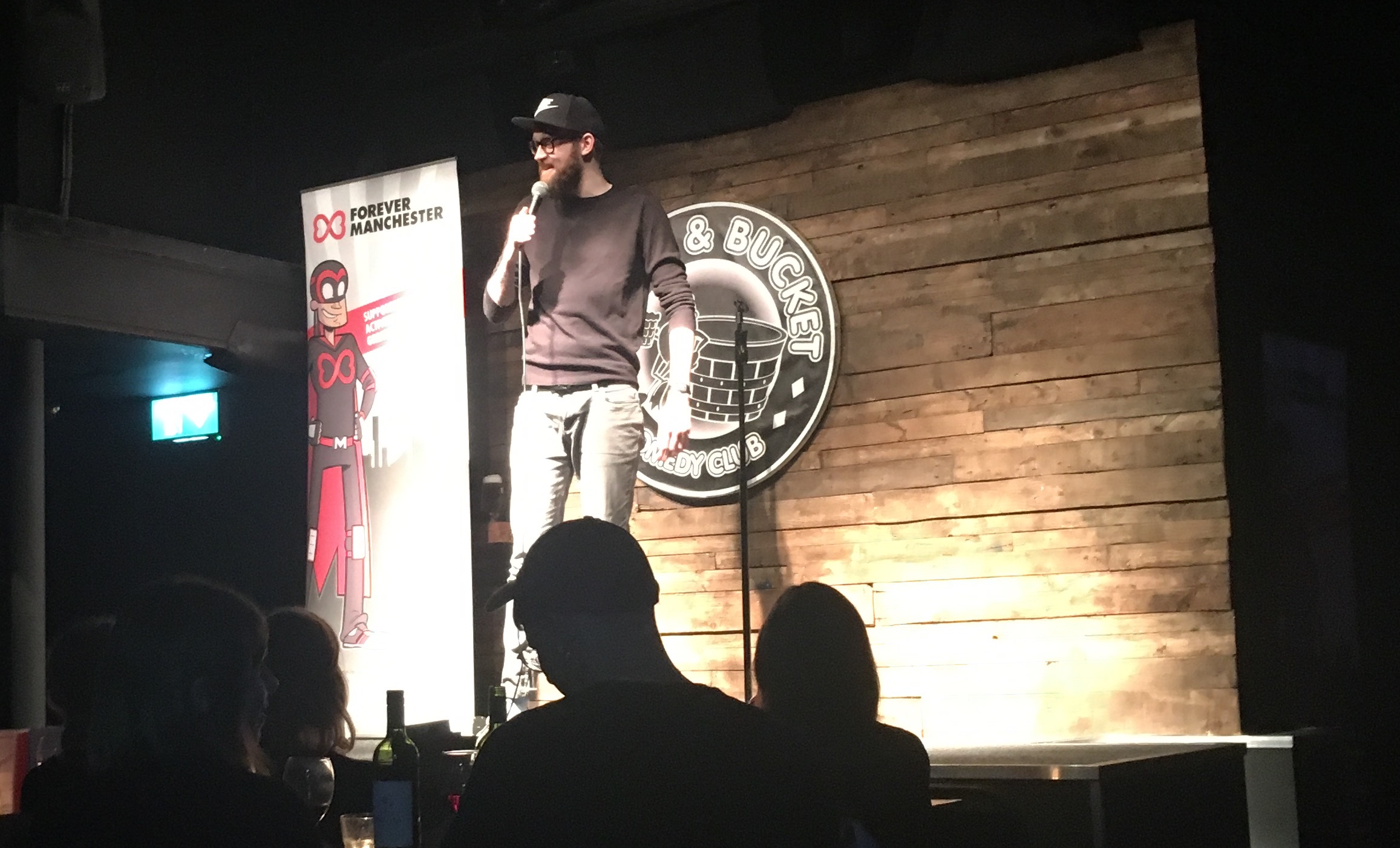 The event was a huge success and generated a fantastic £3,170 to help Forever Manchester support community activities across the Greater Manchester area.

Forever Funny featured sets from three great comedic talents including Rob Mullholland, who spoke of his experiences on dating apps; Mick Ferry who could easily have been confused with Santa himself and Rachel Fairburn who shared her dislike of the Manchester accent.

The 90 minute show was compered by Forever Manchester’s very own James Hampson who brilliantly handled what was a thoroughly enjoyable evening.

We would like to send out big thanks to everyone involved, the comedians and the management and staff at the Frog and Bucket for their ongoing support of Forever Manchester and to Opus 4 for kindly sponsoring Forever Funny and supporting what was a great night!

The money raised on the night included the sale of tickets for Captain Manchester’s Magical Tombola Christmas draw with a trip to New York amongst the prizes. The draw will take place on Friday 14th December, so please keep an eye on Forever Manchester’s social media activity for the results.

Check out the tweets below for a few highlights from Forever Funny.

Thanks to @James_4everManc and @4EVERManchester for organising the Forever Funny event last night! The comedians were ace!! I hope plenty of money was raised!! pic.twitter.com/Erq7GEnLQR