Comedy talent from across Greater Manchester cheered up what was an otherwise cold, miserable and rainy night in Manchester with their hilarious gags.

Nearly 100 Forever Manchester supporters filled the Frog and Bucket last Wednesday night creating a great atmosphere. £860 was raised on the night thanks to ticket sales and raffle ticket purchases.

Up first on the night was Danny Sutcliffe from Ashton, who opened the show with his witty observational comedy and surreal one-liners to warm up the crowd.

Up next was Tom Short, a loveable outsider who spoke about his dating “game”…or lack of.

Sophie Willan was third to take to the stage, talking about her not-so-stereotypical upbringing in Bolton with her mother, who was a heroin addict and, in Sophie’s words “committed to the cause” too.

Our headliner was Oldham born Alex Boardman, who is currently one of the most sought after comics in the country. Alex gave hilarious anecdotes on his wife and family life as well as how it felt to turn 40.

Compering the night was the brilliant Jim Smallman, who kept the crowd’s laughter going in between acts. Jim made it clear why he’s won awards for, in his words “his daftness”. His storytelling and adhoc chatting to the crowd was excellent.

See photos from the night and more info below: 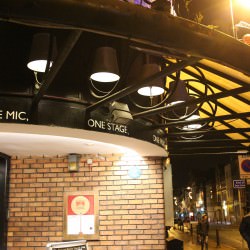 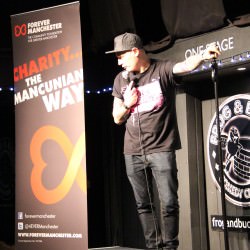 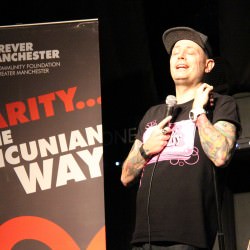 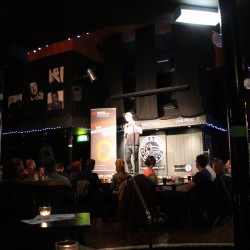 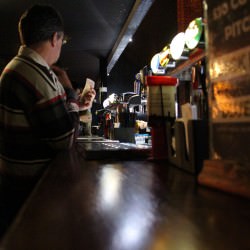 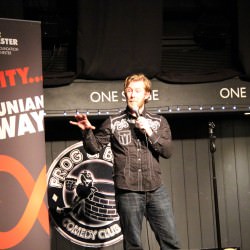 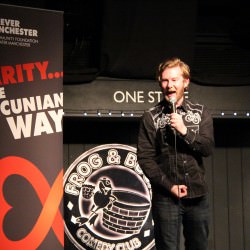 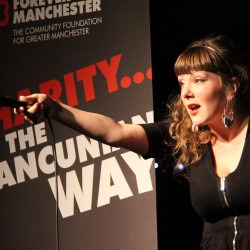 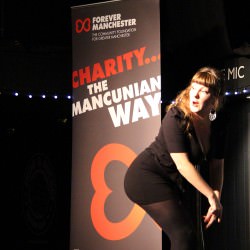 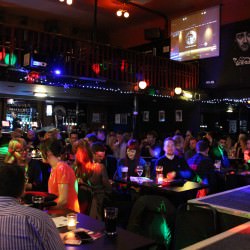 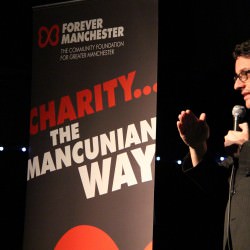 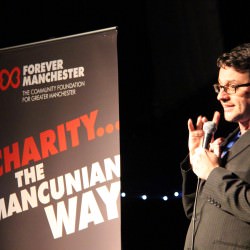 Ambassadors Danny Franks, Lauren Dale, Terry Snowden and Trevor Johnson were in attendance on the night. Trevor was joined by his colleagues from Havas Lynx. Other Corporate Partners in attendance were Gyro and Crowe Clarke Whitehall.

The raffle on the night was won by one of the bar staff at the Frog and Bucket as well as the newly named “Vaclab” (thanks to compere Jim Smallman) from Havas Lynx.

A great night was had by all and huge thank you goes to everyone who bought a ticket. The monies raised can now go towards helping local people do extraordinary things together across Greater Manchester.

Massive thank you also goes to our comedians on the night, who put on a great show and had the crowd in fits of laughter. Thanks also, to Frog and Bucket comedy club, who opened its doors on their usual night off to help us to raise money for round ‘ere.